By Nick Nilsson
Author of "Gluteus to the Maximus - Build a Bigger Butt NOW!" 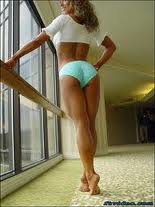 Glute training is absolutely NOT just for women! It's just as important for men to target the
glutes with specific training that builds and strengthens the glutes...in some cases,
even MORE so. Learn why you need it and how to do it here.

One of the biggest misconceptions about glute training among guys is that training the butt is just for women.

In fact, glute training is just as important for men as it is for women...and in some cases even more so (and I'll tell what you what those cases are below)!

The most important thing that guys need to know about training their glutes is that REAL glute training is not about doing cable kickbacks and lying on the floor, flailing the legs around to some video.

REAL glute training will build a masculine, head-turning butt that makes you LOOK and FEEL strong and capable...and that confidence shows.

I figure let's get this one out of the way first since it's probably the first thing you thought of!

While there certainly are some women out there who prefer a guy with no butt, you and I both know they're probably NOT in the majority. To get all primal for a few moments here, women look for visual cues about the suitability of a mate based on muscle and bone structure (whether they'll admit it or not :).

Large strong glutes are not found on weak men.

Glutes are the center of power in the human body...they're among the strongest muscles in the body...and having large, strong glutes tells women (subconsciously, at least) that you're capable of fighting off a hungry lion or bringing down a wild beast with your bare hands or lifting a car off their baby...you get the idea.

On the flip side, having small, flat glutes tells the opposite story at first glance (whether it's true or not). The subconscious judgement is one of weakness...and that's definitely NOT the look most guys are going for!

Having strong solid glutes gives you a sense of confidence in yourself, whether you're coming or going, and it WILL come across to other people.

Two of the best examples here are football and Olympic sprinting. The guys who are at the top of their game generally have the best-developed glutes (the guys who look like they have the rear-end of a Clydesdale horse). Because it's the glutes that provide a HUGE amount of power for quick, explosive movements.

It's also true in bowling...ok, maybe not so much bowling, but you get the idea.

If your glutes are weak, your athletic performance is going to suffer. And that's a FACT.

The glutes are just that important when it comes to sports and any athlete (or even weekend warrior athlete!) who doesn't train the glutes is leaving a tremendous amount of performance on the table.

The glutes are also critically important for what they do when you're not doing anything at all...and that is to help keep proper alignment in your lower back area.

When things get out of whack in your lower back, long term and often debilitating back pain can be the result.

I'm not going to say that working the glutes is wonder-cure for all back pain...that's just not the case. However, glute training CAN play a BIG role in helping to prevent and fix lower back pain where spinal alignment is an issue.

Most people know that the main function of the glutes is to bring the thigh backwards (like when you're walking, the glutes bring the leg back to move you forward).

What most people don't realize is that the gluteus maximus muscles also exert tension from the opposite direction where they originate (the pelvic bone crests), which helps keep neutral alignment in the pelvis.

In English, this means that the glutes also function to prevent your pelvis from tilting forward.

When your pelvis tilts forward, your belly sticks out and this overstretches the ligaments and tendons in your lower back, leading to constant lower back pain.

Think of it this way...how many men do you know who have big guts and no butts...probably quite a few.

Lifestyle habits such as inactivity and poor eating lead to the fat gain. And inactivity leads to glute atrophy and weakness, which further causes that gut to stick out, tilting the pelvis foward and pulling the back out of alignment. It's a vicious cycle that is completely preventable.

Now, the glutes won't fix this in isolation. Obviously, the core and lower back play a big role in this as well. Glute training should be part of a greater program of strengthening the whole body and dropping excess fat to help fix the factors that lead to this type of lower back pain.


How Men Should Train Their Glutes:

So, given the three major factors I talked about, I'm sure you've come to the conclusion that the time to start training your glutes is NOW.

I think one of the biggest things that holds men back from directly training their glutes is the misconception that glute training involves doing stuff like cable kickbacks or laying on the floor with the legs flying around like in an exercise video from the 80's.

REAL glute training (as I mentioned above) is all about building power and strength with challenging exercises that quite often don't even LOOK like glute-specific exercises!

Most of the best glute exercises (with a few exceptions) involve the rest of the leg muscles in some way as well. They use heavy weight and they help build muscle in your entire body.

Exercise that involve deep squatting with resistance (which is a position where the glutes are maximally activated) sets off of a hormonal reaction in the body, basically kicking out testosterone in a direct response to it. This is one of the reasons why squats are such a good overall exercise for building muscle...they stimulate this hormonal response in the body. 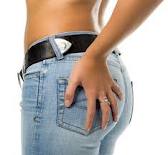 You can use exercises like One-Leg Bench Squats or Dumbell Split Squats to accomplish this.

Including exercises like these into your regular training routine can have a big impact on the results you get in your glutes.

Obviously, if you want to get MAXIMUM results in your glute training, you'd be best served by a program that is completely targeted to that goal...and I might know of one that fits the bill... ;)

My "Gluteus to the Maximus" program covers exercises, programs and targeted training strategies all designed to give you FAST results exactly where you want them.

This is NOT fluff glute training...this is REAL weight training that men can use to develop their glutes for whatever the end goal, whether it be looks, athletic performance or preventing lower back pain.

If you want to build larger, firmer masculine glutes, this is the program for you.

Nick Nilsson has a degree in Physical Education and Psychology and has been innovating new training techniques for more than 18 years. Nick is the author of a number of bodybuilding books including "Muscle Explosion! 28 Days To Maximum Mass", "Metabolic Surge - Rapid Fat Loss," "The Best Exercises You've Never Heard Of," "Gluteus to the Maximus - Build a Bigger Butt NOW!" and "The Best Abdominal Exercises You've Never Heard Of", all designed to maximize the results you get for the hard work you put into your training. 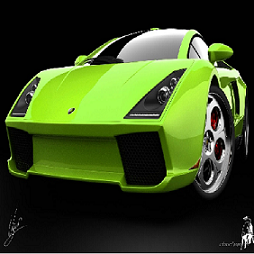 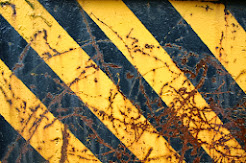